Use Case: Goalscape for Charity and Fundraising Projects

Here is an interesting story from Rick Perkins about how he is using Goalscape to manage his latest charity project.

Goalscaping For Charity: Raising £2,000 for Action Medical Research by Cycling from Land’s End to John O’Groat’s

Rick Perkins recently signed up to cycle the length of Britain in aid of Action Medical Research, a marvelous charity dedicated to improving the health of babies and children in the UK.

For nearly 60 years Action Medical Research has been behind numerous breakthroughs including the UK polio vaccine and ultrasound scanning in pregnancy. More recently it developed the fetal heart rate monitor: a new state-of-the-art device that could save thousands of at-risk babies by identifying potential problems much earlier than has previously been possible.

The route for the ride is from Land’s End at the tip of Cornwall in the South West of England to John O’Groats, the northernmost point of the Scottish mainland. The distance is 1,000 miles, to be covered in just 9 days.

This presented a 3-fold challenge:

So Rick had a lot to do before he could get on his bike in Land’s End! Fortunately he has a lot of experience in projects of different kinds, so he knew that investing a bit of time in organisation and planning would pay dividends later on. Rick uses Goalscape for his work and his other sporting activities, so his first step was to goalscape this new endeavour.

The Goalscape chart in the screenshot below shows Rick’s opening project plan. This is a charity event and the main goal is to Raise £2,000 for Action Medical Research through sponsorship. So although physical training is going to be a very significant element, the initial focus is on the fund raising work. Rick is reasonably fit and does a lot of cycling anyway, so he knew that at the start he could spend a lot of time chasing sponsorship, as long as he did enough ‘maintenance’ work on his fitness. 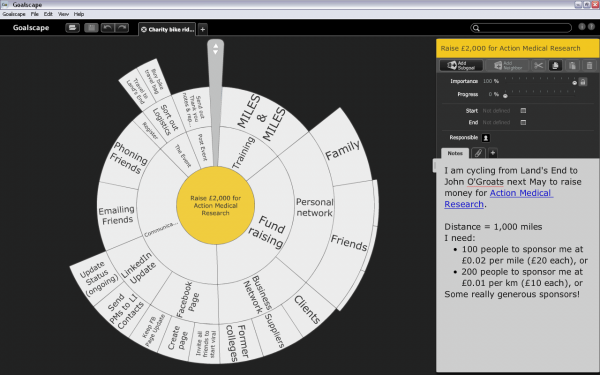 Rick’s first step was to use Goalscape to identify the different groups of people he needs to communicate with and plan exactly how to do that. As he did this planning he also jotted down some goals in other areas, along with any other ideas that occurred to him: he knew that he could come back later to make detailed plans for achieving those other goals.

As the project developed and he is starting to hit some of his early targets, he is updating his goalscape: ticking off completed goals, adding new ones and adjusting the relative importances as his priorities change. 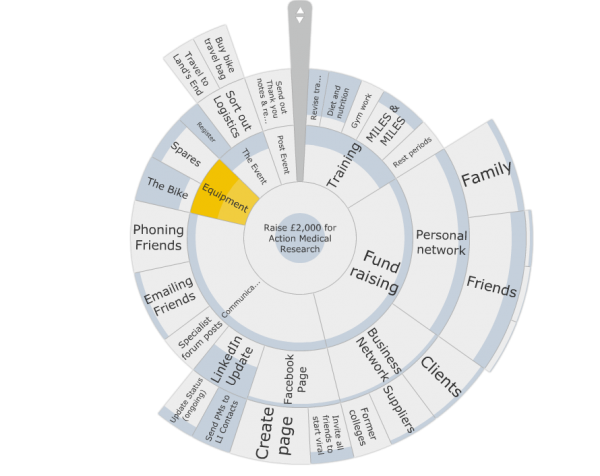 Starting with his initial setup, Rick has added a new goal for Equipment and a few more subgoals in other areas. He has also started to make detailed plans for his training programme and is filling in the progress he has already made in all his goals. 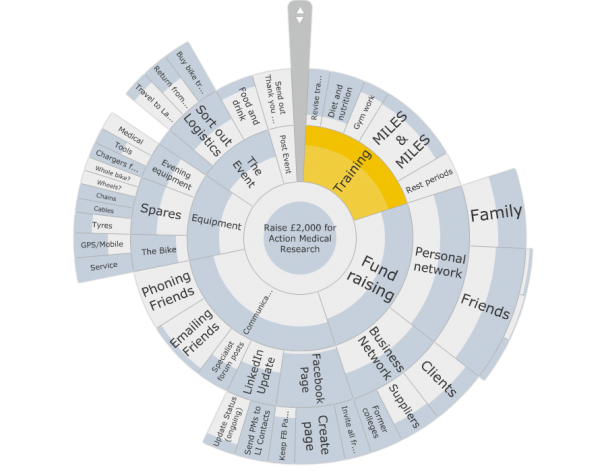 Right now Rick is doing quite well in his Fund raising and Communications goals and he is starting to build up his training mileage. He has also put some more thought into the Event itself, planning what he needs and organising how to transport everything.

He is not finished yet though: the ride itself is not until May 2011 and there is a lot to do before Rick gets on his bike at Land’s End. As his project goes on, he will be updating his goalscape and sharing it on his website and on Facebook so his friends and sponsors can follow his progress, exchange messages and tell all their friends about it.

Rick says “I use Goalscape in my private and business life and it is the ideal tool to help me tackle this challenge. There are so many parts to it and such a lot to do! I need to have a proper plan so I can see everything I need to do, decide what to do next and make everything run as smoothly as possible. In the build-up to the event I will be spending more and more time on the road, so I am using Goalscape to make sure I do all my fundraising, logistics and admin work as early as possible.

“As I continue to work my way through it I can keep adjusting the goalscape to accommodate my shifting focus and refine my detailed plans. I am putting screenshots on my website and Facebook page so everyone can see what I am up to – they can even suggest things I may have missed!” 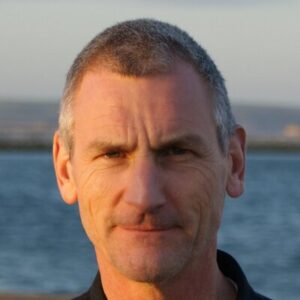 Richard is a World Champion sailor and coach, business consultant and test demon. His goal is to take the customer’s perspective, accurately identify their needs and provide fast, clear answers. 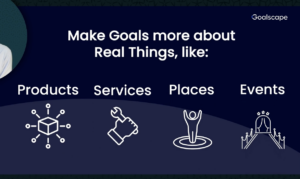 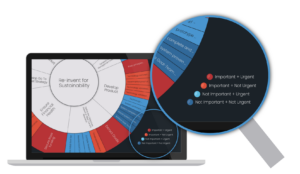 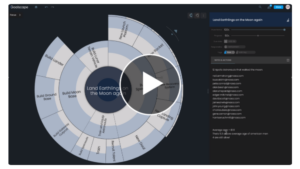